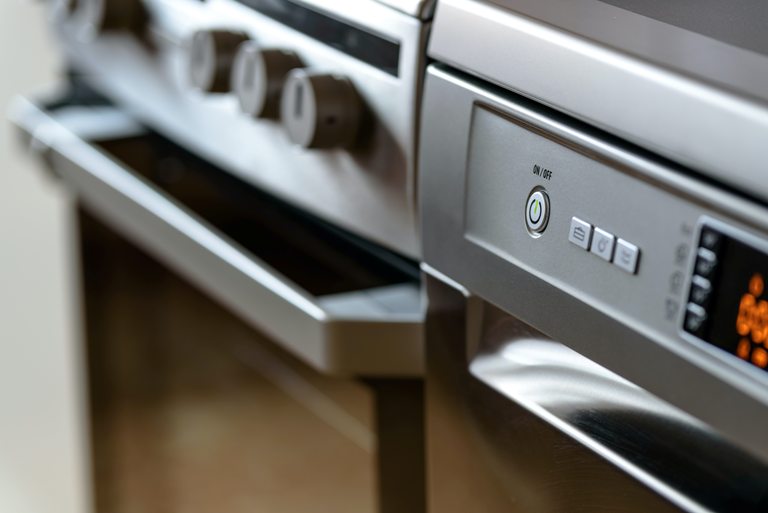 IS COOKING ON HIGH HEAT DAMAGING?

There isn’t a lot of information out there in the public domain about the effect of cooking food on very high temperatures and whether it is damaging to the food and/or even to us. So I would like to share with you what I have learned. To begin to understand the effect of high heat on food let me give you some basic information first.

The definition of denature:- to change the characteristics of a substance, for example by the action of heat, acidity or other effect which disrupts its molecular conformation.

The temperature at which we cook food varies:-

It does not matter which way you cook your food there are chemical reactions that occur during each of the different cooking processes.

Caramelisation is the breakdown of sugars which occurs between 180-188 degrees C generating hundreds of compounds that smell delicious.

Browning – occurs when an amino acid and certain types of sugars break down and then recombine into hundreds of different types of compounds.

Proteins are built of a large number of amino acids linked together. Changing the shape(as in high heat) changes the protein’s ability to function, alters their taste and texture. Most proteins in food denature in the range of 49–71°C.

=-The way foods are cooked has a substantial influence on the final vitamin content.  Water soluble vitamins are highly soluble in water and are in foods that have high water content like fruit and vegetables.  Due to their tendency to disperse in water, water soluble vitamins, in particular, are heavily affected by cooking processes where they are cooked in water for long periods e.g., boiling.

Fat-soluble vitamins are highly soluble in fat and are found in foods that have high fat contents such as dairy products, vegetable oils and oily fish.  Fat-soluble vitamins tend to be lost during cooking processes where foods are cooked in fat e.g., frying, or when fat is lost from the product e.g., grilling.

Heating itself does not affect mineral levels but they are usually leached if cooked in boiling water. Minerals tend to have a higher heat stability and are less affected by cooking methods which involve heating foods for longer periods of time.

Steam is actually a lower-heat way of cooking than most other methods. When compared with boiling, steaming is a better way of avoiding nutrient loss, since the food is surrounded by the steam, rather than being completely submerged in water which results in decreased nutrient loss. If a food is sliced or chopped into small pieces, steaming can get it into a tender and tasty form long before most other heating methods.

When a pot is covered, steam contacts with the food more consistently, allowing the steaming process to be quicker and helps preserve the nutritional quality of the food. In addition, light-sensitive nutrients – like vitamin B2 – will not be leeched out of the food so easily. As an added benefit, many water-soluble nutrients will pass out into the steam, and then drop back down into the water below the steamer basket. Save this water as it can be used as a base for soups and sauces, or cooled and used to water your pot plants.

Whether a particular nutrient gets damaged depends on the nutrient in question, the degree of heat, and the amount of cooking time. Generally though, most of the temperatures we cook at in the oven (120-232degreesC) are temperatures at which substantial nutrient loss occurs.

The formation of acrylamide occurs when the sugar or starches in the plant adhere to an amino acid(proteins are made up of amino acids) called asparagine, which naturally occurs in the plant.  These are all perfectly healthy until you overheat them.

The Joint Food and Agriculture Organisation/World Health Expert Committee on Food Additives, JEFCA, put a report out in 2010 which concluded that acrylamide, which has been shown to cause cancer in animals is also a human health concern. (1)

“High temperature cooking, such as frying, roasting, or baking is most likely to cause acrylamide formation…acrylamide is found mainly in foods made from plants, such as potato products, grain products, or coffee.  Acrylamide does not form, or forms at lower levels, in dairy, meat, and fish product. Generally, acrylamide is more likely to accumulate when cooking is done for longer periods or at higher temperatures.

Heterocyclic amines(HCAs) and polycyclic aromatic hydrocarbons(PAHs) are chemicals formed when meat, including beef, pork, fish or poultry, is cooked using high temperature methods, such as pan-frying, grilling over an open flame.  Laboratory experiments have found HCAs and PAHs are mutagenic, changing the DNA which may lead to cancer.

PAHs form when fat and juices from meat grilled over an open flame drip onto the fire, causing flames and smoke as well as during the smoking process of meat.  The smoke contains PAHs which adhere to the surface of the meat.

Research has concluded that frying, sauteing, or grilling food at high temperatures could lead to an increase in inflammation-producing agents in the body called AGEs(glycotoxins) which are an important part of the metabolic process and aren’t innately dangerous, although too much of them can be harmful.  The problem is that cooking certain foods at high temperatures can actually form new AGEs.

Researchers at Mt Sinai Medical found that foods cooked at high temperature contain greater levels of compounds called advanced glycation end products (AGEs) that cause more tissue damage and inflammation than foods cooked at lower temperatures. AGEs irritate cells in the body, damaging tissues and increasing your risk of complications from diseases like diabetes and heart disease. Those chemicals can be avoided by cooking meals at lower temperatures and by cooking meats with foods containing antioxidant bioflavonoids, such as garlic, onion and peppers.

So in order to retain as much of the nutrients in your food as possible it is best to:-

I am not inferring that you should not cook your food by any of the methods described above, however if you have the relevant information, then you are able to make better choices.

From my soul to yours
Mama Rae