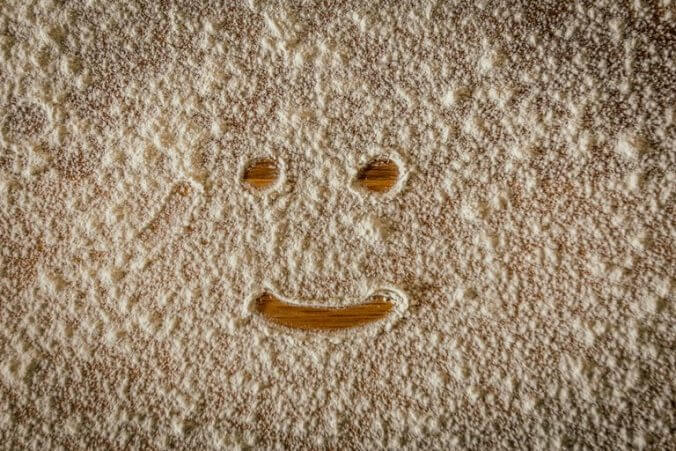 HOW TO USE GLUTEN-FREE FLOURS

Gluten is a mixture of proteins found in wheat and related grains, such as barley, rye, spelt, and oat and gives dough elasticity allowing baked goods to rise and keep their shape. People who are allergic to wheat, react to the wheat protein and may tolerate other grains that may or may not have gluten, whereas, those suffering celiac disease or gluten intolerance should avoid all sources of gluten. Some people may find that using the starchy flours like tapioca can cause a blood sugar spike, so if this happens to you it would be wise to remove starch or definitely use it sparingly.

You will find when using gluten-free flour that the end result will not be the same as when you use self-raising flour. They usually have a denser texture. I find that with experience my cakes are ‘fluffy’ though not light in texture. So you do have to get used to this. For me the advantages are that you only need one piece of cake because it is more satisfying, nutritious and has so much more flavour.

When using gluten free flour in your recipes you will need to add a leavening agent so that your
recipes rise. It will take some patience as you try the different flours. Using a combination or blend of different types of flour may help you ensure the right texture, rise and flavour.

A point worth noting is that flour when stored in the pantry absorbs moisture from the
air so if you have bought a packet of flour that has a use-by-date about to expire you will need less liquid in your ingredients. This can also explain why there can be inconsistencies over the length of time the pack of flour sits in your pantry and the results. It is best to store all flour in the refrigerator to prevent any fats in the flour from going rancid.

ALMOND FLOUR
Almond flour(meal) is blanched almonds ground into a meal. It has a sweet nutty flavour and is a good source of magnesium, calcium, and Vitamin E perfect for baking sweet treats. It has binding properties and natural oils that make baked goods soft and moist. Be mindful that almond flour has a much higher fat content than other flours. Use un-blanched almond flour to coat fish and chicken in place of breadcrumbs.
Anyone with almond and tree nut allergies would be best to avoid almond flour.

AMARANTH FLOUR
Amaranth flour is also known as “the grain of the gods.” Made from the seed of the amaranth plant it is dense and hearty with an earthy, nutty taste. It is high in protein containing all nine essential amino acids, fibre, calcium, iron, potassium, manganese, phosphorus, folate, as well as Vitamin C & A. It is darker colour than wheat flour. It makes fabulous crackers and can be used to make pasta, pancakes, and bread. If you are making biscuits with amaranth flour the batter may be a little dry so you may need to add a little extra liquid to the batter.
If you want a fluffier, less dense texture use a 50/50 mix of amaranth flour and a lighter flour

ARROWROOT FLOUR
Arrowroot flour is ground from the root of the arrowroot plant, and is very useful for thickening recipes. It is high in carbohydrates with no protein and is easily digestible. It is tasteless, and the fine powder becomes clear when it is cooked, which makes it ideal for thickening clear sauces. Because arrowroot flour is very fine it results in a slimy mixture when combined with dairy. Use it to makes, biscuits, cakes, breads and pancakes.

BANANA FLOUR
Banana flour is made from unripe green bananas that have been dried. It is rich in potassium and has a higher content of resistant starch so keeps you fuller for longer. It has a mild banana flavour which when cooked it has a more earthy flavour. You can use it for all cooking and baking and as a thickener. Use ¾ of the amount stated in the recipe.

BROWN RICE FLOUR
Brown rice flour is made from unpolished brown rice. It is heavier than other flours and has a grainy texture with a slight nutty taste, high in fibre and rich in Vitamin B6, iron and magnesium.
I use it as the base for my gluten-free flour.

BUCKWHEAT FLOUR
Buckwheat is related to rhubarb and made from grinding the seeds. It is rich in complex carbohydrates, protein and calcium and helpful for your gut flora. It is a dense flour with an earthy nutty flavour which if you used it on its own could be overpowering. It has binding qualities and is great used in recipes that don’t need to rise. Great for pancakes and pasta.

COCONUT FLOUR
Coconut is made from ground coconut meat. It also has a high fat(antiviral, antimicrobial & antifungal) content, the highest fibre content of any flour, and doesn’t spike blood sugar levels. It is naturally sweet. It soaks up moisture and absorbs liquid so well that it needs to be used in combination with other flours. Typically you will need additional liquid in any recipe that you are substituting coconut flour or if the recipe calls for 2 eggs, double it and use 4 eggs. Great used in pancakes, muffins or use as a thickening agent, although I find that it has a grainy texture.

CHICKPEA FLOUR
Chickpea flour is also known as besan or garbanzo flour and is made from ground chickpeas. It has a slightly bean and creamy flavour and is high in protein and fibre. It absorbs liquid quickly and can be used instead of eggs for its binding properties, making it a great for giving structure to baked goods. It is a heavy flour so needs to be combined with a lighter flour in some recipes.
Great for biscuits, muffins and as the binding in fritters and meatballs.

MILLET FLOUR
Millet in an ancient grain from the grass family. It is high in fibre, protein, magnesium, B6 and iron. You can use it as a thickener for stews and soups. I make a very tasty bread out of millet flour.
Millet flour deteriorates quickly if not stored in the refrigerator and is best used as soon as possible.

OAT FLOUR
Oat flour is best made yourself by grinding oats down to a flour in your food processor. This will ensure that, if you are gluten intolerant, then the flour will be free of wheat contamination. Oat flour is a good source of fibre, protein, manganese, molybdenum and phosphorus. It also contains avenin which is a protein similar to gluten so may not be suitable for some people.
Oat flour absorbs liquids more than other flours, so you may need to increase the liquid content of the recipe. It also goes rancid very quickly, so store in the refrigerator. When using oat flour in a recipe that needs to rise add 2 ½ teaspoons of baking powder per cup of oat flour.

POTATO STARCH
Potato starch is not to be confused with potato flour. Potato starch is made from the dried starch component of peeled potatoes and does not have a potato flavour. It lends a light fluffy texture to baked goods. I use it as part of my gluten free blend. It can be used as a thickener, however whatever you are using it in will become runny again if boiled for too long. It is fabulous in pizza bases. Remove 2 tablespoons of flour from each cup of flour and replace with 2 tablespoons potato starch.

QUINOA FLOUR
Quinoa is another ancient seed that is ground to a flour. It is one of the few grains to have a healthy balance of amino acids. It also contains fibre, potassium and iron. It has a strong earthy flavour and can be very dry when used alone, so it needs to be combined with other flours.
It can be used by itself in recipes for banana or zucchini bread

RYE FLOUR
Rye flour is not gluten-free, although it does have less gluten that wheat. It is a good source of fibre, magnesium, iron, zinc, and B6. It is a strongly flavoured flour and a dark colour and produces a denser bread. It can be used for pancakes and muffins.

TAPIOCA FLOUR
Tapioca flour is made from the root of the cassava plant producing a fine, flavourless white flour. It doesn’t have many nutrients other than carbohydrates. It is a great thickener as it thickens quickly and adds chewiness. This is one flour than stores well at room temperature in your pantry

See my blog Mama Rae’s Thoughts on Gluten Free Flour for how to make up your own blend of gluten-free flour.

From my soul to yours
Mama Rae